Curated quilts minimal challenge. Awesome fun, you should try it!

Out of my box

Have you or do you do things purposely out of your box? I recently realized I’ve mostly been working with solids or fabrics that read as solids. But I have a some really pretty multi colored prints. So in an effort to use them up I chose a large block (24″) and got to work. The mass of prints and colors with no solids boggles my brain somewhat, not sure if I like it but I’m going to move forward regardless. Who knows, maybe I’ll learn something.

The two pieces below are more my speed. A small stretched piece with 1/2″ wide finished strips and a pillow. 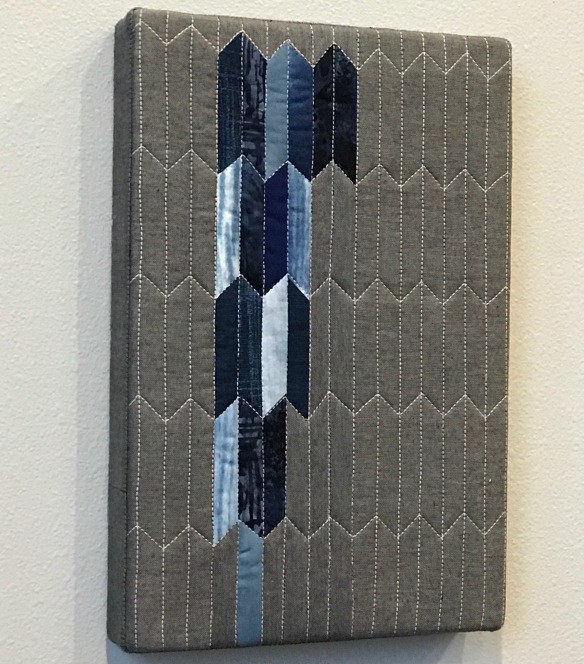 A few quilts I did when I wasn’t blogging.

Didn’t know I liked cross quilts so much. I’ve done 4 I think, all different. 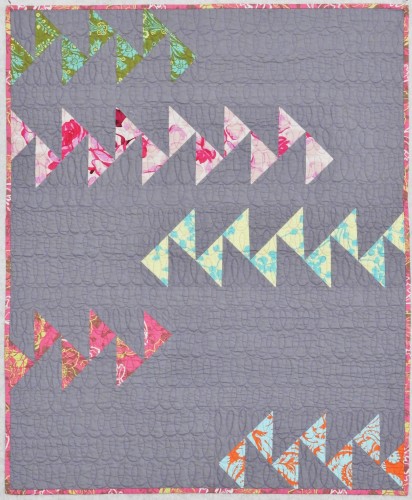 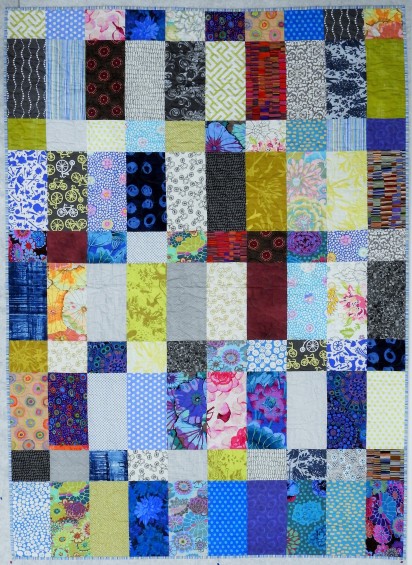 This last one was a mystery at a quilt retreat a few years ago.

This is last years travel bee with my modern quilt guild group. We added to each others bag, whether 1 or more blocks or a row of blocks, whatever. And then some of them got put together at some point. Mine came to me in pieces and this is the setting I came up with. My starter was the two blocks underneath the flying geese. In the last post I shared the first travel bee from my group.

Now this is the start of our 2017 Travel Bee. This center is Jenn’s and I used a design off a piece of fabric for the border. Very happy with it. 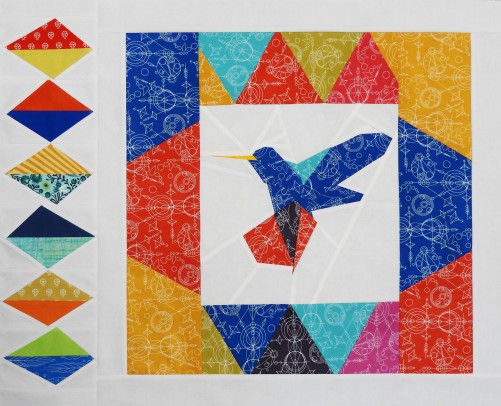 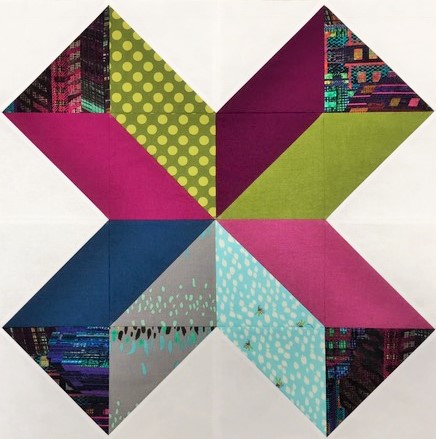 I’ve been checking out all the fun people are having at QuiltCon, wish I was there. Next year maybe, I hope!

I made a few quilts in the time I wasn’t blogging. Here are a few table runners. The first quilt is from an exchange with my traditional guild. Each month had a modern theme like pixels, chevron, improv, etc.  I added some white to each one and sewed them together, the easiest setting ever.

The second one is from my modern quilt guild. I requested it be not more than 20″ so I could have another table runner. Everyone made blocks and somewhere along the line someone put it together. I only had to quilt and bind it.

This next one is a disappearing nine patch where there are more than the normal white squares and not the typical 5/4 setting.

I didn’t realize I’ve made so many cross quilts. And the last one I don’t remember where I got the fabric but the pattern looked fun so, you know how it goes. Practiced some free motion quilting on it.

Have you seen the latest Modern Patchwork  (March/April 2017) magazine? 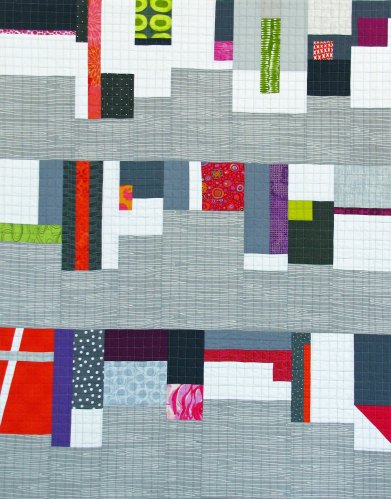 Back story:  In my local Modern Quilt Guild we did an exchange with some gals from a traditional quilt guild about an hour away. I had written up a simple tutorial, which is what we followed. Then after the exchange my group got together, designed a layout and pieced the top together.  (Designing in a group was interesting, I’d like to do that again) Once the quilt was finished, we went to their meeting, did a modern quilt presentation and shared the quilts we had sewn from each others guild. It was a blast.

The quilt in the green/grey setting (in the magazine) was the first quilt. I sewed it to show what I was talking about in the tutorial. After my group got together to set the exchange blocks I wondered how many settings I could come up with myself. I sewed up 20 blocks and found 19 more settings but the blocks were getting ragged so I finally stopped. I enjoyed this all so much I decided to share and sent it in to see if they’d publish it. They did.

The second quilt in the magazine, the frame setting, is pieced by members of the Wenatchee guild (blocks), set together by Moses Lake Modern Quilt Guild and quilted by Charisma Horton.

Below is one of those 19 settings I came up with and it’s scrappy back. Just finished today. :o) 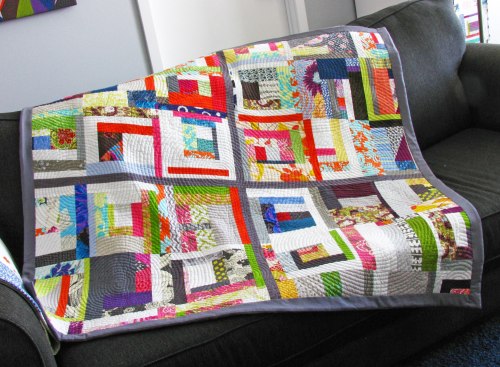 Being a member of the Modern Quilt Guild gives a girl the chance to sign up for the Mighty Lucky Quilt Club. Every month we receive a lesson. I’ve only done one so far but if this is any indication of what the rest of the year will be like, I’m excited.

The lesson, by Amy Friend, was easy to understand, with only a few steps and something anyone can do. Even those who don’t fancy themselves designers.

Here are a few ideas I was playing with. 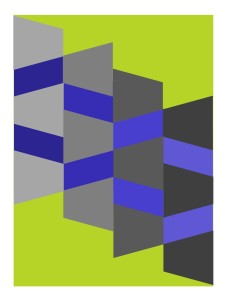 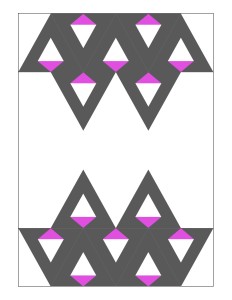 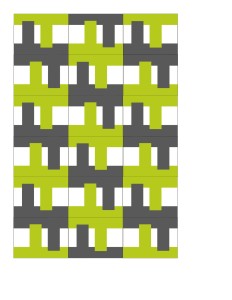 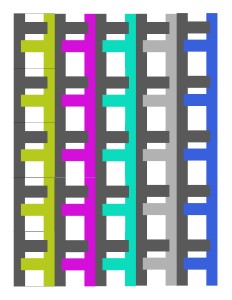 I’ll be sure to try this again. Some day I’ll design one I like enough to sew up! Check out #mightylucky  on Instagram to see what others are doing.